On Fumes – My Experiences with Stress & Burnout 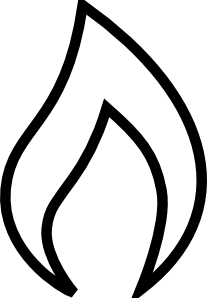 Thank you for visiting PracticeBalance.com!  As the site gets underway, look for stress management and health news, discussion, quick tips and inspiration to use in your own quest for balance.  First, I want to share with you the experiences that lead to my interest in this highly under-addressed area of our lives as professionals.  In this first installment, I will describe the initial decline in my own state of wellness, which began in my residency training.

Three of four years had gone by already.  I was a senior anesthesia resident, working toward a career in one of the more sought-after paths in medicine, let alone in a field that is repeatedly rated as one of the most satisfying lines of work.  I fancied myself as a hard-working resident and a good physician who cares about her patients.  But my stress management skills were so poor that I was literally making myself sick.

While seeking to preserve life for others, something inside of me was dying.  I could taste the bitterness building in my blood, and the cold hospital air further crystallized the acids.  As fellowship applications came due and other residents mulled over their future possibilities with excitement, I couldn’t even fathom the concept of practicing medicine after graduation.  I knew it was time to DO SOMETHING.  My health, my relationships, my psychological state were all suffering… and for what?  Was it all worth it?

Prior to residency, I had a career and well-rounded interests.  While there were some difficult rotations and experiences, medical school was for the most part positive and exhilarating.  Internship began with the excitement of  new responsibility.  On this steep learning curve, micro-adjustments to my daily technique resulted in what seemed like substantial gains in my performance, work efficiency, and satisfaction.  The amount of medical knowledge to assimilate during this period was great, but there was no way to move except forward.

Like the swipe of an eraser on a white board, all the positivity and excitement quietly vanished once my Anesthesia training was underway.  The sheer volume of material to learn was overwhelming, not to mention the technical parts of the job – placing IV’s, preparing drug doses, mastering the anesthesia monitors and ventilators, patient positioning, and the delicate dance of the consent process that is unique to anesthesia.  Every day was a great battle to keep wits and stay calm while learning the academic and procedural aspects of the specialty.

As the fall months spread into winter and the days became shorter, a gloom washed over me.  Rushing to work in the dark and returning home in the dark… was this what I had signed up for?  Were other residents feeling the same way?  How did I compare?  These questions never really get answered since we don’t work together in the same OR.  Come wintertime, performance evaluations from faculty started to trickle in.  Many comments were positive, but the negative ones cut deeply into my motivation and self-esteem.  A month in the ICU during the coldest part of winter did little to help.  I began to seek solace in the break room, where free baked goods were always available.  Eating fatty sweets became a way of life to stay awake on call and to soothe the emotions.  I required large amounts of coffee to wake up each morning and medications to sleep each night.  I was burning the candle at both ends and surviving on the fumes.

Stay tuned for the next chapter of my story, where I describe the interplay between my physical and mental health and what I did to avoid major burnout during residency!

November: Time for Gratitude
Next Post: The anatomy of stress »